As the pandemic forced many people to shift to a home-based work and school environment, countless families struggled to participate in remote learning due to a lack of adequate internet access and computing resources. While many districts worked to help close the gap, between 9 and 12 million U.S. students still lack adequate Internet at home.1 With hopes of helping to close the digital divide and expand technology access to more neighborhoods, the Hub City Mesh project is working to bring free Internet to more households. Involved in this mission is Jeff Bedser, CEO, iThreat, along with Edge, Rutgers University, and the Internet Society. “Children should not have barriers to accessing the Internet for educational purposes,” says Bedser. “While the need for internet access grew amid the pandemic, our program looks to create a long-term strategy for getting the Internet in the hands of more students so they can have an equal playing field in regards to education.”

After graduating from Rutgers, Bedser began his career at Johnson & Johnson in the Global Security Department, and later started his own company, iThreat, which specializes in internet investigations and threat intelligence. Throughout the years, Bedser has looked for ways to share his experience and expertise as a volunteer for various organizations. “For the first half of my career in global security, I worked with ASIS International, a global community of security practitioners, and later became involved with the Security Instability Advisory Committee for ICANN, a not-for-profit public-benefit corporation who is dedicated to keeping the Internet secure, stable, and interoperable. Now, for the past 4 ½ years, I’ve been serving as the vice chair of the Public Interest Registry board through the Internet Society. Their mission is to bring the Internet to underprivileged communities throughout different parts of the world.”

“By working with Edge and their member institutions in New Jersey, we hope to bring this service to the Route 1 corridor. We look to bridge between Baltimore and Philadelphia, all the way to New York City, and hit the most densely urban areas where many disaffected students reside.” 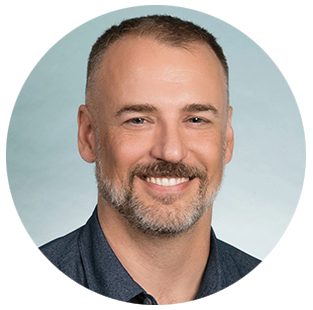 Connecting the Community
In July 2020, Bedser began meeting with Keith Jones, former Chief of Staff for Mayor Cahill in New Brunswick, to find ways he could help with the underlying issues that were contributing to the disparity between parents who could afford Internet in their homes and those who could not. “The Internet Society has a department dedicated to creating grants for programs that connect communities with much-needed internet resources. Through my partnership with the City, the Hub City Mesh project was born, with a mission of bringing free Internet to a larger number of neighborhoods. As the program began rolling, we were able to get the needed hardware funding from the Internet Society, but we still needed additional partners. Thankfully, Rutgers joined the project, along with Edge, creating a collaboration made in heaven. Rutgers donated the bandwidth for this program and is allowing an initial access point on one of their buildings to bring data out to the city. Edge is building and running the needed networks and is helping install and maintain the necessary equipment. We are currently working on getting city approvals, and once we’re up and running, other partners like Johnson & Johnson and New Brunswick Tomorrow, will also be joining the project.”

As the implementation and rollout of the Hub City Mesh project takes place, creating a safe and secure network is a top priority. “Currently, we are able to boost the Service Set Identifier (SSID), or Wi-Fi network, of a school system,” explains Bedser. “Most schools have networks that go just beyond school walls, where children can access needed resources. By piggybacking on the current security of the school system’s own networks, we can provide a secure amplification of the same network.”

Creating Equal Learning Opportunities
With plans to expand the Hub City Mesh project, the group has received helpful resources and inspiration from NYC Mesh, a similar project that has been running for a few years out of New York City, and Murambinda Works, a community network in Zimbabwe. “I believe we are the first network built on the model that solely focuses on giving children internet access for education,” shares Bedser. “By working with Edge and their member institutions in New Jersey, we hope to bring this service to the Route 1 corridor. We look to bridge between Baltimore and Philadelphia, all the way to New York City, and hit the most densely urban areas where many disaffected students reside.”

“The technology to create these mesh networks is getting better and better at handling greater bandwidth and will give us a greater opportunity to help a larger number of people,” Bedser continues. “Especially in a place like New Brunswick, where Rutgers campuses are on either side of the city, students would be able to get bandwidth almost seamlessly from the Hub City Mesh network into the Rutgers network. While progress on the project has encountered some hurdles due to restrictions caused by COVID, the collaborative effort remains strong and the program will exist well beyond the pandemic. All students deserve equal education and we look forward to bridging the gap and helping to bolster connectivity and opportunity within the community.”

1Most Students Now Have Home Internet Access. But What About the Ones Who Don’t? Education Week. April 20, 2021.